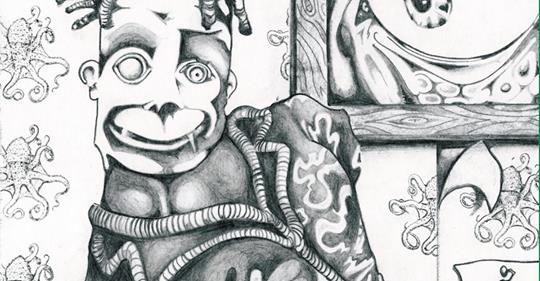 As if this year wasn’t busy enough, it seems I’ve also decided to start up a project management-style record label with my good pal Jason Doctor. Latent Print Records has been created to help reissue some phenomenal records that never got the vinyl treatment but, most assuredly deserve that special spot in your music collection.

The first release we’re excited to announce is a vinyl reissue of the Tri-Cities Small‘s Finished One. Originally released in 1992, Finished One garnered great reviews in The Rocket, Maximum Rocknroll, and of course their hometown paper, the Tri-City Herald.

Small released a couple of 7″s, two albums, appeared on a compilation, sold thousands of cds and cassettes, had their own trading card in the NW Bands trading card series, had a PSA on MTV, toured the nation and inspired countless other acts from the area. Not too shabby for a punk band in the pre-Internet days. When the Seattle scene broke open in the early ’90s, Small was eastern Washington’s answer to what was going on the other side of the mountains. (Okay, that last line felt pretty cheesy to write but, it doesn’t make it any less true)

It’s fair to say I love this band and am excited to be working with them. We’ve come up with some pretty great campaign rewards to help fund this project (including digging up an unreleased song and even getting the band back together for a couple of shows!!) and I hope you’ll take a look and help spread the word if you’re so inclined.

Additionally, many thanks are owed to Guy Fusman, Chris Hanzsek, Tom Fortier, and the band (Jim Acquavella, Kris Boisoneau, Bill Hughes, Craig Woodall, & Jon Boetes) for getting us this far. Apologies if I’ve left anyone out of this list… it was late when I composed this. Rest assured this won’t be the only post I put up regarding this and will do my best to give credit where credit is due as soon as I can.

Thank you for reading and if you have any questions please feel free to reach out.